40. My Eleventh Piece of Translation Exercise (passage from "David Copperfield") 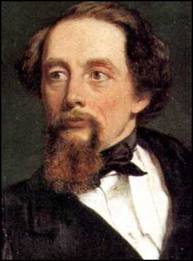 There was a second lady in the dining-room, of a slight short figure, dark, and not agreeable to look at, but with some appearance of good looks too, who attracted my attention, perhaps because I had not expected to see her, perhaps because I found myself sitting opposite to her, perhaps because of something really remarkable in her. She had black hair and eager black eyes, and was thin, and had a scar upon her lip. It was an old scar¢wI should rather call it, seam, for it was not discoloured, and had healed years ago¢wwhich had once cut through her mouth, downward towards the chin, but was now barely visible across the table, except above and on her upper lip, the shape of which it had altered. I concluded in my own mind that she was about thirty years of age, and that she wished to be married. She was a little dilapidated¢wlike a house¢wwith having been so long to let, yet had, as I have said, an appearance of good looks. Her thinness seemed to be the effect of some wasting fire within her, which found a vent in her gaunt eyes.

Translation of the same passage copied from a book for comparison: